Despite the challenges of the Corona year, the family-owned company Woerwag Pharma successfully closes 2020 with a year-on-year increase in sales to 235.8 million euros. Despite Corona, the signs are set for investment and growth.

Managing directors Gerhard Mayer (CFO) and Jochen Schlindwein (CEO), who together head the group of companies, presented the 2020 business results and the outlook for 2021 at a press briefing in Boeblingen.

"Overall, we are very satisfied with our sales in 2020," said Gerhard Mayer. "Covid19 has brought us a sales decline in our products used and prescribed in the hospital area and doctor’s offices, but very strong growth in immune drugs and stable growth in other vitamins. Adjusted for currency effects, Woerwag Pharma grew by four percent."

The strongest countries in terms of sales were Germany and Russia, with sales up ten percent to 44 million euros and eight percent to 39.9 million euros, respectively. The company’s locations in Central and Eastern Europe also contributed to the growth, as did the markets in Asia, which were opened only a few years ago.

In the current fiscal year, the positive growth momentum is to be continued, not only through new, digital ways of addressing doctors, which were increasingly used last year due to pandemic restrictions: The company is investing primarily in the expansion of its global product portfolio and the development of new markets - the United Arab Emirates is specifically on the agenda for this year.

The global portfolio is to grow by rolling out the existing product range, as well as through acquisitions and in-licensing of new products. "Last year, we launched 23 products in new countries, while fourteen new launches worldwide are planned for 2021," says Jochen Schlindwein, adding, "In this context, the upcoming entry into the United Arab Emirates with six products will already make an important first contribution."

The growth and expansion activities naturally create jobs - at the company headquarters in Boeblingen, but also internationally. So the move at the end of the year to the new company building at the Boeblingen Flugfeld, which will provide jobs for up to a maximum of 350 employees, comes just in time.

"The move is a nice way to look forward to the end of our anniversary year," says Monika Woerwag, Director of Corporate Communications. The family-owned company is celebrating its 50th birthday this year and is planning numerous activities for employees and companions around this anniversary.

In 2020, the company achieved a sales revenue of more than 235 million euros with 1000 employees in more than 35 countries. This year, the company celebrates its 50th anniversary. 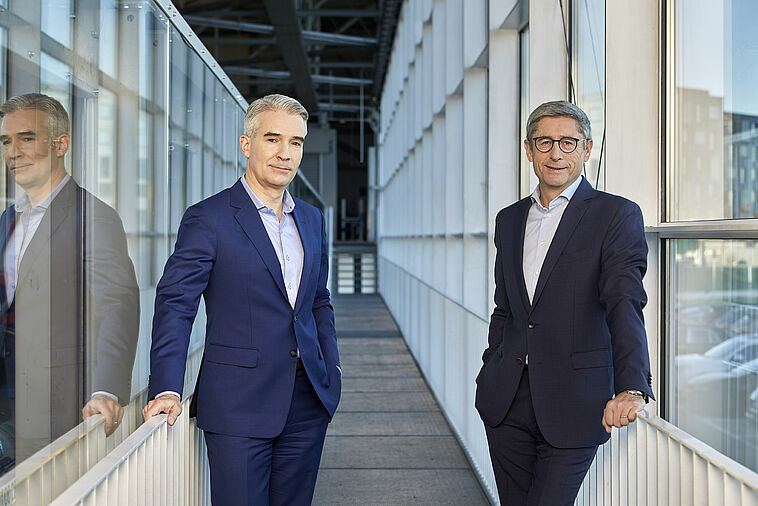